It has been a month since SEGA has announced the return of the granddaddy of SEGA console gaming. I must admit, I am still really excited about this, despite the lack of information provided surrounding the console. I know…I know they’re copying Nintendo, seeing all the success the company had re-releasing the NES and SNES Classic. But, I think it’s much deeper than that. The release is to commemorate the 30th anniversary of the system. I think this is SEGA’s way back into th

BAKI THE GRAPPLER CHOKING OUT 2018

If you haven't heard the news Crunchy Roll and Netflix have teamed up to bring back a classic back from the world of fighting montages and martial arts based anime. Baki the Grappler is an old school anime from the era of Biggie and 2pac (the 90s if you dont know). It's recently been announced that the revamp of this Dwayne "The Rock" Johnson JR will first be releasing in Japan in the summer of 2018. Baki the Grappler will release for everyone else in the fall of summer of 20 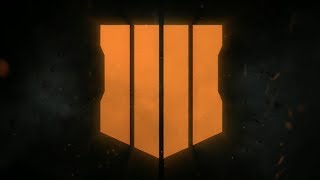 The Pick 10 Multiplayer System could return for Black Ops 4

It's been more than a month since the first teaser for Black Ops 4 and many people in the Call of Duty Community are more than excited about it. Ever since a lot of information about the game have been released from the biggest news being Treyarch replacing their campaign for the recently popular battle royale mode that have been featured in games such as; Fortnite, PUBG and Call of Duty Online. But recent news of Treyarch hinting at the return of Pick 10 Multiplayer System i

Giving women of color a voice in all things geek ranging from anime to video games! We've been Satisfying Your GeekE Needs Since 2013!

Anime and Comics have always inspired me to put forth good energy while being a beast. I'm also pretty dapper in geek inspired styles and can show you where to get the most bang for your buck out in these geeke streets.

If you love all things geek, stay up to date by following our pages and keep us a float with your help!